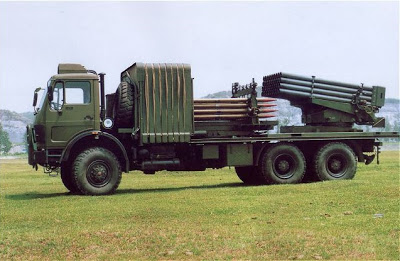 The Indonesian Marines Corps (Korps Marinir, or KORMAR) has taken delivery of four units of the Type 90B 122 mm (40-round) multiple rocket system (MRS) from China North Industries Corporation (NORINCO).

Sources within the service told IHS Jane’s on 27 December that first test firings of the system are being conducted until the end of the month at various undisclosed locations throughout East Java.

The systems have been delivered under a 2015 contract signed between the Indonesian Ministry of Defence and NORINCO.