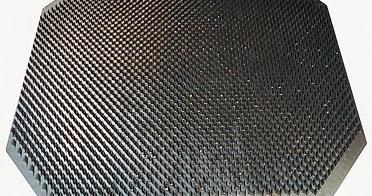 Japan is seeking to win a contract to supply Thailand with an air defense radar system built by Mitsubishi Electric Corp, as it looks to counter growing Chinese influence in the Southeast Asian nation, according to four Japanese government officials and one industry source.

The effort is part of a wider push by Prime Minister Shinzo Abe’s administration to bolster its position in the region along with its U.S. ally. The Chief of Staff of Japan’s Air Self Defense Force, Yoshiyuki Sugiyama, traveled to Bangkok last month to discuss areas of possible cooperation.

Japan expects the Thai military government to begin accepting competitive bids as early as next year as it upgrades and adds to its existing U.S. and European radar systems, the sources said. It is unclear who else may be bidding.

The value of such a contract is unclear as the specifications for the system have not yet been released. Radar systems built by Mitsubishi and other companies for Japan can stretch to hundreds of millions of dollars depending on the complexity and coverage. The sources said Japan would look to offer a lower price system because of Thailand’s limited defense budget.

Japan’s push for stronger ties with Thailand, will benefit the U.S. given the growing tensions over China’s claims in the South China Sea, according to the sources. Japan, which until 2014 had a ban on arms exports, has not previously sold military equipment to Thailand.

Since the 2014 coup brought the current Thai government to power, the U.S. has had strained relations with its old ally, which served as a staging ground for American forces during the Vietnam War, offering access to strategic airfields and ports.

In July, Thailand agreed to buy three Chinese-built submarines worth around $1 billion in a deal that illustrated Beijing’s willingness to fill the vacuum left by Washington. And last month, Thai and Chinese military planes performed acrobatic demonstrations together at the Korat Royal Thai Air Force Base, around 260 km (161 miles) northeast of Bangkok, as a prelude to the first joint military drill between the nations’ air forces.

“While we are aware that Thailand is moving ahead with the deployment of air defense radar, we can’t comment on the activities of individual corporations,” a spokesman for Japan’s defense ministry said.

A Thailand Defense Ministry spokesman, Kongcheep Tantravanich, said that “many countries want to sell it to us but we have to see if the system fits.”

Pongsak Semachai, a spokesman for the Royal Thai Air Force, said a Japanese company had approached the force about an air defense system. He declined to name the company.

“The air force has not yet decided whether to buy the air defense system from a Japanese company but the company representatives presented the idea to us informally as they knew that our air defense radar system is about to expire,” Pongsak told reporters, without giving further details.

Washington has a statutory obligation to withhold aid to militaries involved in coups against democratically elected governments. That includes restricting its arms makers from selling military kit to the country. Japan does not face such restrictions in engaging with the Thai government.

Tokyo is worried that China’s wooing of Thailand could further split members of the Association of Southeast Asian Nations (ASEAN) and blunt criticism of China’s island building in the South China Sea. Beijing has claimed most of the resource-rich waterway as its own, sparking protests from other claimants, including Vietnam, the Philippines, Malaysia, Taiwan and Brunei.

The radar Japan proposes for the deal is a variant on Mitsubishi Electric’s fixed-position FSP-3 radar, an older generation system that has been used by Japan’s Self Defense Forces to detect air threats, the sources said.