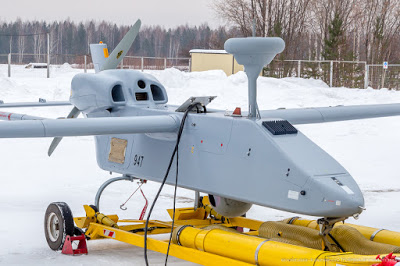 Searcher UAV made in Russia under licence from Israel (photo : Kazakov)

Will PH Buy Submarine from Russia?

Department of National Defense (DND) Secretary Delfin Lorenzana said Russia has offered to sell a submarine to the Philippines to boost the modernization program of the military.

Russia’s package offer is also accompanied with drones and military hardware according to Lorenzana.

Due to high cost of Russia’s submarine, Lorenzana said he would decline its procurement because it is too expensive and the military does not need it right now.

He said the defense department is looking at the acquisition of drones and sniper rifles. “The drones, we can get them,” Lorenzana said.

Meanwhile, President Rodrigo Duterte has expressed interest in getting sniper rifles from Russia, but Lorenzana said these were not yet available during his recent visit to Moscow.