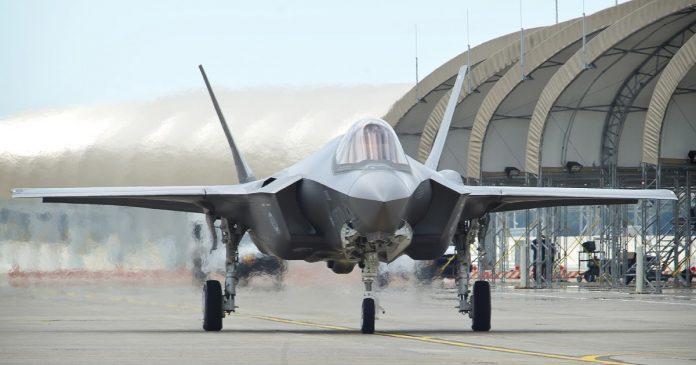 The Royal Australian Air Force’s first two Lockheed Martin F-35A Lightning II Joint Strike Fighters have been upgraded with the final iteration of the aircraft’s Block 3i interim software release, the Department of Defence has confirmed.

“The two Australian F-35A have been loaded with the final release of Block 3i (3iP6) during September 2016,” a Defence spokesperson told Australian Aviation via emailed statement on January 4.

“Among other capabilities, the 3iP6 software enabled the aircraft to conduct its first weapons release.”

That first weapons release was conducted in December when F-35A A35-002 released a 500lb GBU-12 laser-guided bomb from its starboard side internal weapons bay over the Barry M Goldwater range in southwest Arizona.

A35-002 is one of the first two RAAF F-35As that are currently based at Luke Air Force Base, west of Phoenix. The aircraft were built with an earlier Block 3i software load which restricted them to an interim training and warfighting capability.

“The next block of software is Block 3F, and is the final release of software under the System Development and Demonstration phase, which is scheduled to be completed by the end of 2017,” the Defence spokesperson said.