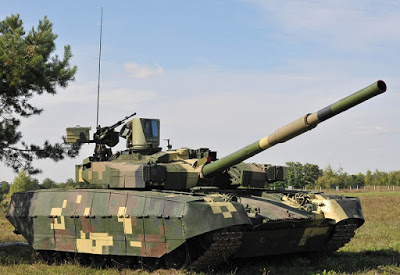 MOSCOW – RIA Novosti. Thailand Ministry of Defense to terminate the contract with Kiev on supply tanks “Oplot” because of the failure by the Ukrainian side of the agreement, according to Ukrainian edition of “Vesti” referring to the statement by the head of the military department of the Thai Pravita Vongsumona.

According to General Vongsumona, according to the contract signed yet in 2011, the Thai army was to receive 49 tanks by October 2017, but began to supply problems. Last year, the Ukrainian side has provided only 20 tanks. In Bangkok, it said that the situation is mainly due to the internal situation in Ukraine.

After that the army committee of Thailand, making decisions about procurement of military equipment, reduced the volume of orders in the Ukraine, and then completely transferred to tanks in China. With China signed a contract to supply 28 armored VT-4 with the possibility of increasing the order.