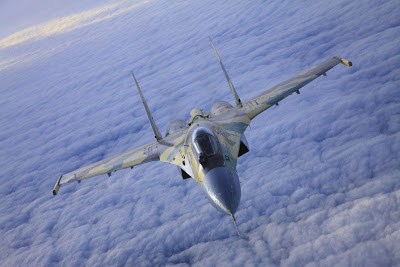 Moscow, INTERFAX.RU – Russia this year to sign a contract with Indonesia for the supply of Su-35, said Thursday the Director of International Cooperation and Regional Policy of the state corporation “Rostec” Victor treasure.

Earlier, presidential aide on military-technical cooperation Vladimir Kozhin told “Interfax” that the negotiations for the supply of Russian Su-35 fighters to Indonesia. “Negotiations on the supply of Indonesian 12 Su-35 are positive,” – he said.

Earlier, the Ambassador of Indonesia to Russia supriyadi Waheed told “Interfax” that his country plans to buy from Russia about 8-10 Su-35 and the parties are currently discussing the price and terms of the contract.

The Su-35 was developed in OKB Sukhoi. This is a deeply modernized super-maneuverable multifunctional fighter generation “4 ++”.

The state corporation “Rostec” is JSC “Rosoboronexport”, the only state intermediary agency for arms export to Russia.

HARUS BACA :  Thai's T-50TH will be Equipped with ELTA Radars