To enhance combat effectiveness and prolong the operation time for the fighters, Factory A32 has done wonders with the fighter Su27/30.

According to PK-KQ (Air Force Academy), is an important link in the chain of aircraft repair Factory A32 (Department of Engineering), the workshop 6 in years there have been many efforts and overcome difficulties to master science, technically, complete assigned tasks. 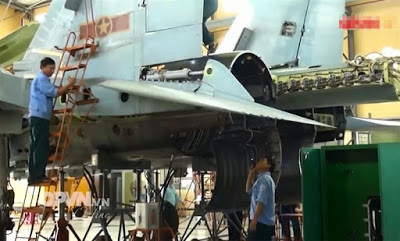 Workshop together with the units in the plant and increase the total overhaul of the use life and successful flight testing for aircraft Su-27 number 8526; increased shelf for 10 Su-27 aircraft respectively; repair enhance fuel system on the 4 Su-30 aircraft and overcoming the many failures of the other aircraft.

The prolongation of the duration of use and successfully upgraded fighters showing tremendous degree of Vietnam, but it is not a surprise because from 2016, defense website said Russian VPK , Vietnam will repair and upgrade the Su-27, Su-30 fighters at the new plant in Da Nang. 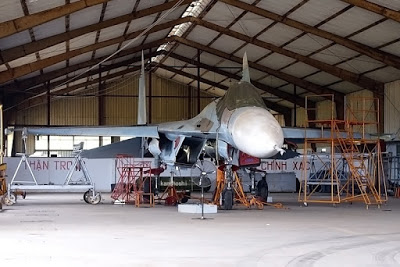 To implement this program, Vietnam has recently launched a defense plant A32 in Da Nang. “The repair of domestic aircraft upgrades will significantly increase the operational readiness of fighters,” the source said. 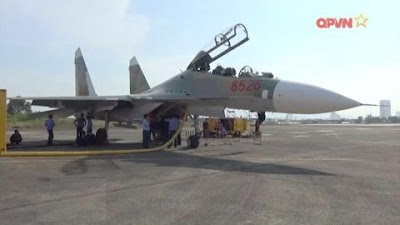 According VPK, as of this moment, Vietnam Air Force has equipped with enhanced series of Su-27 and Su-30MK2V sophisticated Russian-made.

Previously, the plant has sent tens A32 staff to overseas training. Currently, the plant has successfully self repair the defect of modern fighters. Each workshop repairing a technical segment with over 10,000 different components requires careful, precise, meticulous very strict.