Airbus Dispatches A400M to Indonesia in Showcase of Platform’s Capabilities 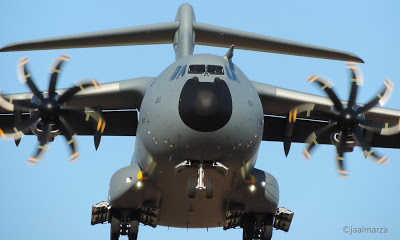 Airbus is currently in the process of flying out an A400M Atlas multirole aircraft to Indonesia in a showcase of the platform’s capabilities, sources within the Indonesian Armed Forces (Tentara Nasional Indonesia: TNI) has confirmed with Jane’s on 1 March.

The aircraft will be landing at the Indonesian Air Force’s (TNI-AU’s) Halim Perdanakusuma base near South Jakarta, where guided tours of the platform’s features will be given to senior military and government officials on 6 March.

The A400M is currently a front runner in Jakarta’s bid to improve its military airlift capabilities. Jane’s first reported in January 2017 that the Indonesian House of Representatives’ commission on defence, intelligence, and foreign affairs (Komisi I) had approved a sum of USD2 billion to procure up to five A400M platforms, although a contract for the acquisition has yet to materialise.

The funding has been allocated with the condition that the final three airframes undergo final fit-out at state-owned PT Dirgantara’s facilities in Bandung, in a bid to transfer expertise to local aerospace industry players. Once a contract materialises, the A400M is expected to be ordered in the transport and utility configuration.

According to technical specifications provided by the aircraft manufacturer, the A400M can accommodate a payload of up to 37 tonnes, with a volume of 340 m 3 , when configured for logistical duties. The platform can also carry up to 116 fully equipped soldiers or paratroopers if they are seated in four longitudinal rows, in the military transport configuration.