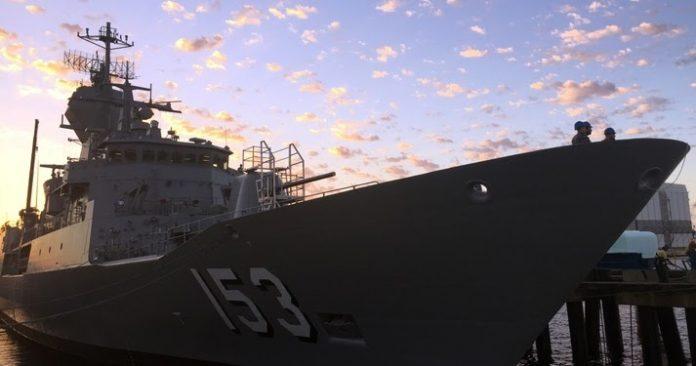 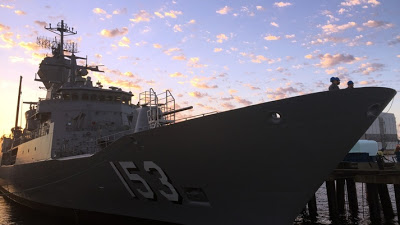 During her time at Henderson, the ship’s combat management system was upgraded and an infrared search and track system installed as well as a phased array radar and dual navigation radar system. A number of other highly complex engineering and structural changes were also made including enclosing the quarterdeck and modifications to accommodate RAN helicopters.

The HMA ships upgraded as part of this program were Perth, Arunta, Anzac, Warramunga, Ballarat, Parramatta, Toowoomba and Stuart.

“The upgrade of the fleet will provide sustained protection against anti-ship missile attack which is an essential element of Australia’s maritime capability. I am delighted that by working very closely with the RAN, the team has delivered this incredibly complex project ahead of schedule.

“As well as the capability of our workforce, we relied on a healthy and vibrant ship building industry to deliver this critical program to the Navy.”

More than 500 people were engaged throughout the ASMD element of the docking. A further 200 people from 35 small to medium enterprises and over 100 local suppliers were needed to support the engineering and structural changes made to each ship.

BAE Systems is now preparing HMAS Perth for some initial work as part of her ANZAC Midlife Capability upgrade Program which will take several months. She will return at a future date for the remainder of the upgrades to be implemented.

HMAS Arunta is scheduled for docking at Henderson in September this year. She will be the first ship to receive all of her upgrades during her 12 months on the hard stand at BAE Systems Henderson.