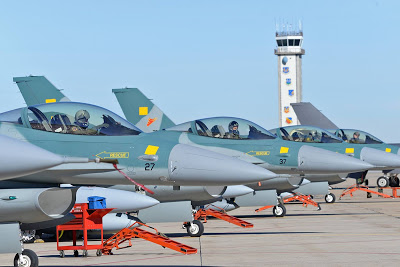 The ferry cell comprised of four aircraft – three C-models (single-seat) and one D-model (dual-seat) – and departed the base March 14 on a four-day transoceanic flight and marked the completion of another major milestone for F-16 Indonesia Regeneration Program.

The program, managed by F-16 System Program Office International Branch Program Office located at Hill, is the result of a Foreign Military Sales deal to deliver 24 Block-25 variant F-16s to Indonesia by the end of this year. 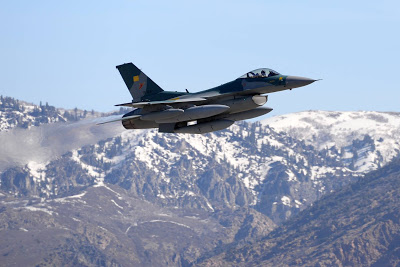 The F-16 aircraft involved were originally flown by the U.S. Air Force and Air National Guard units, but were de-commissioned and stored for several years at the 309th Aerospace Maintenance and Regeneration Group open-air storage area located at Davis-Monthan AFB, Ariz.

Each jet amassed approximately 5,000 training and combat hours before being de-commissioned.

In preparation for regeneration, each aircraft was carefully dismantled, prepared, and shipped in crates 800 miles north of Davis-Monthan to Hill AFB. 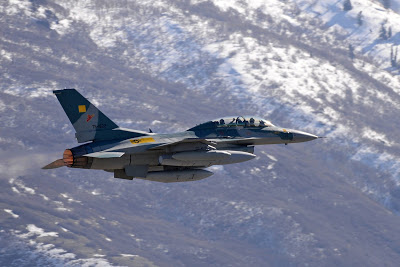 The Ogden ALC’s 573rd Aircraft Maintenance Squadron is responsible for the restoration and began its work in 2013.

Ogden ALC officials said the effort has resulted in more than 17,000 direct labor hours on the production floor and in component maintenance shops, making this one of the most complex production efforts in the F-16 depot.

Each aircraft has received a myriad of new and upgraded components to include a new set of wings, horizontal stabilizers, and landing gear, along with numerous structural and avionics capability enhancements. Each F-16 is subjected to a series of rigorous flight tests once the modifications are completed prior to delivering the jets to Indonesia.

This latest ferry cell brings the total number of F-16s delivered to Indonesia to 18.

The final six aircraft are currently in various stages of regeneration and modification, and are scheduled to be delivered to the Indonesian Air Force later this year.