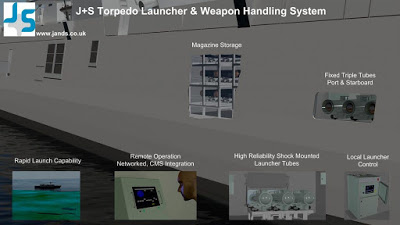 J+S Ltd, which was acquired by Cohort company Sea in 2014, was awarded a contract to supply the torpedo launcher systems (TLS) for the new Royal Malaysian Navy vessels in 2014. Delivery of the first system was scheduled for 2017 with the final system due for delivery in 2021.

The torpedo launchers will comprise a pair of triple configuration, composite tubes mounted just aft of midships on the 111m ships. They are compatible with all lightweight NATO standard-sized torpedoes. “The modular nature of the system means that by utilizing a common tube selection panel as part of the combat management system the fire control electronics can be adapted to interface with the ship’s decoy launchers as well as the TLS,” SEA launcher business manager Eric Abretti said.