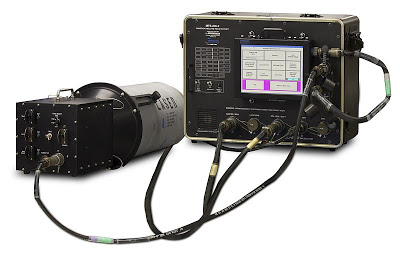 Part of Marvin Test Solutions’ comprehensive suite of test solutions for both legacy and today’s precision-guided “smart” weapon systems, the MTS-206A and MTS-916 provide advanced testing capabilities to maintainers at the  intermediate and depot levels.

The MTS-206A is designed to test all current versions of the Maverick missile system, and is fully compatible with legacy target simulators such as the AN/DSM-787 (IR), AN/DSM-129 (TV/CCD), and SMU-127 (laser) as well as with MTS’ new modular target simulator, the MTS-916, that replaces all of the legacy simulators (EO/TV/CCD/IR/Laser).

“MTS is the exclusive producer of test sets for the Maverick missile and launchers since 2004,” said Major General Stephen T. Sargeant, USAF (Ret.), CEO of Marvin Test Solutions. “We’re pleased that the Indonesian Air Force has selected the MTS-206A and MTS-916 to meet their critical mission requirements. These state of the art test systems will provide enhanced mission readiness and simplified logistics for their inventory of Maverick missile systems.“