Rostec: Fundamental Solutions for the Sale of Su-35 Indonesia Accepted 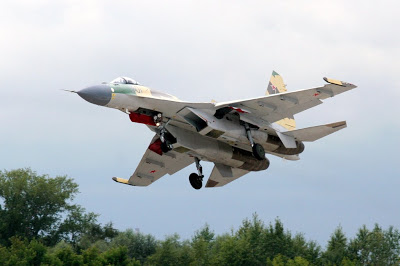 Director of International Cooperation and Regional Policy of the state corporation “Rostec” Victor Kladov said in an interview with RIA Novosti on the interim results of the exhibition DSA-2016 and the prospects for Russian arms market of the Asia-Pacific region. –

In the Malaysian capital of Kuala Lumpur from 18 to 21 April held 15th International Exhibition of Arms and Military Equipment DSA-2016, which presents more than 300 products of the Russian defense industry. On intermediate results of the exhibition and the prospects for Russian arms market of the Asia-Pacific region, told RIA Novosti Andrey Chaplygin said director of international cooperation and regional policy of the state corporation “Rostec” Victor Kladov.

Viktor, whether the Ministry of Defense of Malaysia retained interest to anti-aircraft missile and gun complexes “Pantsir-S1″, to which it drew attention to the previous exhibition DSA-2014?

Put it this way, the interest of Malaysians transformed into a strong interest. The procurement process is rather complicated, Malaysians are looking for more than ten years to a variety of air defense systems, among a number of French, British, American and Chinese air-defense systems, they emit Russian equipment. Russian air defense elements are already in service with the Malaysian Armed Forces, it means close combat MANPADS “Igla”, for their supply contract was signed in 2001, as well as short-range air defense aircraft MiG-29 – a squadron of 16 aircraft based in Kuantan. As the average radius VOP means considered here Russian SAM “Buk-M2” as well as the low, approaching to the middle – ZRPK “Pantsir-S”. This complex is particularly interesting, given that it is on wheels, as well as all the equipment Malaysian Armed Forces in this country is quite well developed road system. As for interest, there is no way – came, saw and bought, is a very complex, multi-step process, it is very susceptible to the impact of budgetary and electoral constraints. There are election cycles, each time changing the priorities of the government. Naturally, the military wants, but the government can identify other priorities. Just today we came to the commander in chief of the armed forces, and he half-jokingly said: “Our Prime Minister will be in Sochi on May 20 at the Russia-ASEAN forum, please be reminded that we need this.” Therefore, we can say that the Malaysian military there is a serious and substantive interest in our technology. We are ready to start negotiations as soon as will be ready Nashchi partners. 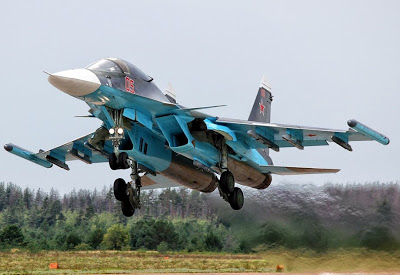 Given the fact that MANPADS “Igla” were delivered in 2002, whether Malaysia has no plans to purchase additional shots to them or purchase a new generation of systems “Verba”?

Why not? Yet to us with such a request not addressed, but if there is interest, we are ready to consider it.

Minister of Defense of Malaysia said that Russia and Malaysia have to look forward to a new era of military-technical cooperation. Is it possible to interpret the words of the Minister as an intention to buy Russian fighter jets of the new generation, or upgrade previously purchased the MiG-29 and Su-30?

Traditionally, Malaysians are guided by the highest standards in aviation. At one time, when the current Prime Minister Najib was defense minister and we discussed the supply of Su-30MKM aircraft to Malaysia, he expounded his concept. It lies in the fact that Malaysia can not afford to have hundreds of aircraft and meet the challenges of the number. In Malaysia, only two dozen pilots, so each man and each machine is priceless, they prefer to have a bit of aircraft equipped with the latest technology, increases its vitality. That is why the Malaysian version of the Su-30MKM get the most advanced and heaped up with the latest control systems, avionics and electronics. Stating that we must look forward, Malaysian partners have hinted that they would like once again to get the most modern machine, but an international tender for the purchase of multipurpose aircraft already postponed several times – the current economic problems have affected and Malaysia as oil-producing countries. In addition, the question of what this will be a Russian aircraft, has not been resolved, Malaysians are also considering the American Superhornet, Eurofighter, Swedish Grippen and a number of other aircraft. We believe that the Russian aircraft has a great chance both technically and in terms of aviation culture – after all Malaysian Air Force pilots overflew our Su-30, and are used to them, they would be easier to move on to the next generation of Russian. 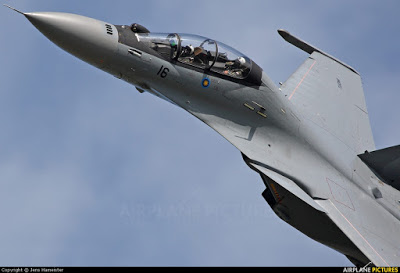 Let’s wait, this may be the Su-35, may be Su-30MKM production Irkutsk aircraft factory. It needs a conceptual approach, everything will depend on the request, which we have received. The fact that the Russian Su-35 is a single-seater, and the concept of the Royal Malaysian Air Force is that the aircrfat must always be two people. They believe that the pilot must concentrate on flying the aircraft and flight engineer – in managing weapons systems. We note that the automation and computerization of the board enables the pilot, without detracting from the piloting of launching weapons, but Malaysians while this approach does not accept.

Maybe then they will approach the Su-34, because it is multi-purpose aircraft?

Su-34 – is a different story, it is primarily a heavy bomber. Yes, it is multi-functional, but it’s a plane with a large bomb load, he has other tasks that do not face the Royal Malaysian Air Force. I do not think that they would consider such options, and we offer them.

Returning to the Su-35, a large interest in the fighter to have Indonesia. Were you able to reach an agreement on the supply?

Fundamental decisions are made, we are waiting for the start of negotiations. Defense Minister is expected to visit Indonesia in Moscow for a conference on security. On the sidelines of the conference will be a meeting of the military-technical issues, we are moving in this direction.

Based on the needs and financial capabilities of Indonesia, on what party is all about?

I think we can talk about 12-18 aircrafts. By the way, Indonesia is widely represented in the DSA-2016, and a large delegation headed by the commander in chief of the Indonesian Air Force, visited our stand. For an hour there were active negotiations, including on the subject. 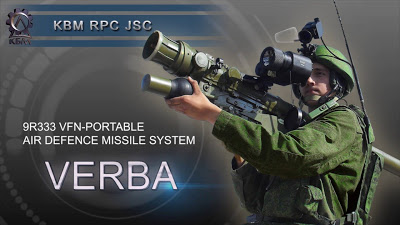 Indonesia, is known to be interested in the Russian naval engineering, in particular in submarines of Project 636 “Varshavyanka“. Are there any talks with the Indonesian side?

Preliminary consultations are in progress. Indonesia has a strong interest in the development of military-technical cooperation with Russia, and we are already working in all three components – the Army, Air Force and Navy. We conduct a number of consultations, including on the subject.

Whether Russia will continue a naval theme, is planning to participate in the project of the new Indian aircraft carrier?

What kind of projects are planned with India in the field of helicopter?

A very interesting project – a joint production of multi-Ka-226 helicopters. It multimodularity helicopter, it set the frame on which are mounted various units – medical and surgical, search and rescue and others. Ka-226 can also act as a helicopter reconnaissance and target designation. Now the negotiations are carried out in detail, the relevant agreement was signed during the visit of Prime Minister Modi in the Kremlin on December 24 last year. So far there is only an intergovernmental agreement, but before the end of the year we hope to generate and sign a contract with the Indian side. Accordingly, the field work starts from the beginning of 2017. Now we are discussing the issue of separation of work, we are ready to all that India is capable of producing at home, to convey to the Indian side. The first batch of helicopters will be produced in Russia, and the next will be assembled in India with a deep degree of localization. The program is designed for at least 200 cars.

Do with India similar developments on attack helicopters?

With regard to the attack helicopters from the Indian side had the intention to purchase around 50 Mi-17 helicopters, we are waiting. It was relevant plans, but they have been postponed, and we hope that this application we will eventually be received and subsequently implemented. The prospects for such an agreement is.

At the stand of “Rosoboronexport” is represented by a frigate “Gepard 3.9”, these ships are currently being built for the Navy in Vietnam, but interest in them is, and Bangladesh. Is Russia ready to meet this request?

Ready, and serious interest is evident not only Bangladesh but also Sri Lanka. Our booth at the DSA-2016, a delegation of the Ministry of Defense in this country, they have shown their interest. This is a very modern ship of its class it is equipped with powerful weapons.

What are the prospects for combat training aircraft Yak-130 in the Asia-Pacific region?

Yak-130 is probably the most powerful, most armed in the world of training and combat aircraft, which according to its flight characteristics can simulate combat aircraft of any country and any class. Depending on the algorithm, which is incorporated in the onboard computer, he can fly the American F-18 as the Russian Su-30 and MiG-29, can mimic or Eurofighter Typhoon. This is a plane in which the pilots can prepare for the transition, not only on the Russian war machine, but also aircraft of other states. We offer a wide international markets, the Yak-130, and it enjoys great interest and attention, but not all can afford, as this combat trainer aircraft, with an emphasis not on the word “training”, and the word “fighting”. He is able to carry a real missile and bomb weapons, and in some countries it is used as a fighting machine. In particular, in African countries, where the need to have a large fleet of aircraft, it can play the role of a full-fledged combat aircraft. The Yak-130 is seen in the different markets, to him eyeing a number of Latin American countries, it has already raised in Bangladesh, a great interest in him experiencing Myanmar and several countries in North Africa.