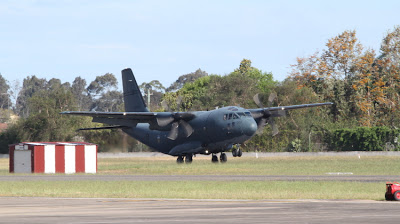 A34-003 touches down at Richmond on its delivery flight. (photo : Aus DoD)

The third C-27J Spartan battlefield airlifter for the Royal Australian Air Force (RAAF) has arrived at RAAF Base Richmond northwest of Sydney.

A34-003 touched down on October 18 following a two-week delivery flight journey from Waco, Texas, that involved stops in Europe, the Middle East and Asia.

35 Squadron is conducting operational test and evaluation of the C-27J, along with routine training, ahead of the type’s initial operational capability. Another aircraft is expected to arrive in Australia by the end of this year, with 10 being acquired in total.