PAF Nomad 68 Back in Flight Line 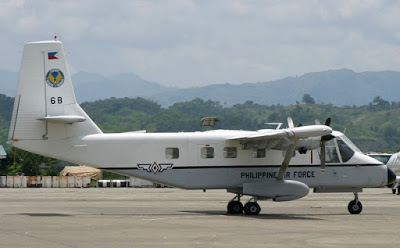 One of the three Nomad aircraft (N-22) of the Philippine Air Force, 220th Airlift Wing, with tail nr 68 is now back to the flight line after going through a major maintenance inspection.

The inspection was completed in record time in barely almost a month covering all the required scope of works. This is in accordance with the ASTA published Inspection Requirements Manual (IRM) Nomad series N22 & N24 pub # 12.39-1, considering that Nomad 68 has accumulated almost one thousand eight hundred (1,800) hours time in service.

Thus, the aircraft was subjected to IRM scheduled ‘D’ inspection and has undergone a thorough inspection including some non-destructive, mandatory compliance service bulletin and repetitive periodic inspections. Nomad aircrew and maintenance personnel led by Maj Meritto Jay Quijano PAF worked double time in order to bring the aircraft back to operational status in time.

The Nomad Aircraft was designed, developed and manufactured by Government Aircraft Factories (GAF) in Melbourne, Australia. The Philippine Air Force has been utilizing the Nomad Aircraft for almost 38 years now. It has performed tactical airlift operations in support to the Airlifter’s mission and to the Armed Forces of the Philippines as well.

It also performed various tasks such as transport of personnel and material, aerial reconnaissance, air evacuation, transport assistance to various government agencies, delivery of munitions for combat operations and other functions as directed by higher headquarters.

One of the many significant impact brought by the use of these aircraft was the airlift support provided to COMELEC personnel during the 2013 National and Local elections in Pag-Asa island.

On the other hand, a recent report was also made by the Philippine Star states that, “The conduct of mid-term national and local elections in Palawan’s Kalayaan island town in the hotly-contested Spratlys archipelago is over in a matter of six hours—the fastest electoral exercise ever recorded so far in the country’s election history”. This would not have been possible without the support provided by the Nomad aircrew that time.