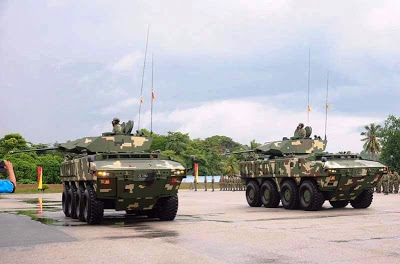 KUALA LUMPUR (Bernama) — The Defence Ministry (Mindef) has been allocated RM15.1 billion under the 2017 Budget to boost the level of security and defence of the country.

Prime Minister Datuk Seri Najib Tun Razak when tabling the budget in Dewan Rakyat today said from the allocation, RM1.8 billion was for the maintenance of major assets such as aircraft, patrol vessels, communication equipment, buildings and weaponry.

“RM1.3 billion is allocated, among others for communication devices, ration and uniform. The Malaysian Armed Forces (ATM) will also be equipped with patrol vessels and 8×8 armoured vehicles,” he said adding that the government would not compromise on the question of security and public order. 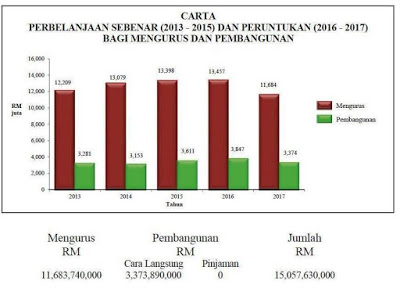 The Defence expenditure for 2017 compared to previous years.(image : Malaysian Defence)

Najib who is also the Finance Minister, announced a Special Insurgency Incentive Payment of RM55 million to ATM veterans who have yet to receive their special incentive.

“Veterans who were disabled during their service are eligible for this incentive. For example, a corporal who lost 80 per cent of his ability during his service is eligible for the bulk incentive of RM34,000 and a monthly incentive of RM590 subject to current calculation,” he said and added that the new incentive was in addition to the existing Disability Pension.

Apart from that, the Prime Minister said to enhance the effectiveness of Eastern Sabah Security Zone (ESSZone), a sum of RM323 million was allocated for personnel deployment in the zone. 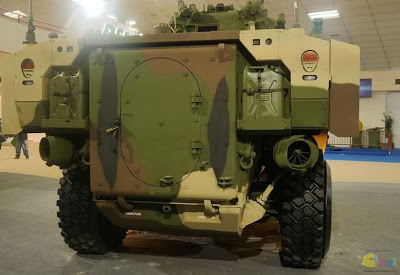 Najib also announced that the government would be creating a Sea Basing and a Helicopter Forward Operating Base on the waters of east coast Sabah.

“The government will also deploy AV8 GEMPITA 8×8 and 4×4 armoured vehicles in Labuan as well as Hawk fighter jets and Eurocopter EC-725 helicopter squadron at the Labuan Air Base,” he said.

The Prime Minister said ATM would also implement the Jiwa Murni Programme with an allocation of RM114 million to build and upgrade roads in the interiors of Sarawak.