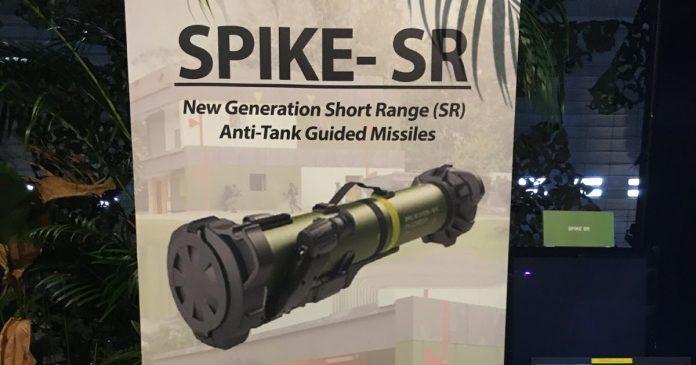 The Singapore Army has acquired the Rafael Advanced Defense Systems Spike Short Range (SR) manportable missile system as its next generation guided anti-armour weapon for its infantry and guards forces, Jane’s has learnt at its Army Open House 2017 event that was held in late May.

“Soldiers will be trained in the Spike SR system from June 2017,” the Ministry of Defence (MINDEF) revealed to Jane’s in an emailed statement on 18 June.

The Spike SR is the latest and most compact member of Rafael’s Spike fire-and-forget missile family. Specifications released by the army describe the system as a disposable, day and night-capable weapon that is 970 mm long with an overall weight of 9.8 kg inclusive of the missile, control launch unit (CLU), and battery. Unlike the gimballed seeker installed in the Spike MR/LR/ER (medium-, long-, and extended range) missiles, the Spike SR incorporates an uncooled and fixed day/night-capable electro-optical (EO) seeker and tracker. According to company literature, the SR has a short activation-to-launch cycle of less than 6 seconds.