MELBOURNE, Australia — Boeing has completed the delivery of eight more F-15SG Eagle multirole fighter jets to Singapore, according to data from the U.S. Federal Aviation Administration.

The FAA’s website showed that the last of eight F-15SGs on its civil register had its registration canceled in the middle of June, with export being listed the reason for cancellation and its destination listed as Singapore.

This last aircraft, with the FAA registration N361SG/05-8361, was classified as an experimental aircraft in its registration details under the categories of research and development as well as crew training. It is the only one of the eight to be classified as such, and had been noted to be flying over Boeing’s facilities in St Louis, Missouri, as far back as September 2016.

The reason for this classification is unknown; however, the FAA defines its research and development classification as “to conduct aircraft operations as a matter of research or to determine if an idea warrants further development. Typical uses for this certificate include new equipment installations, operating techniques, or new uses for aircraft,” while crew training is for aircraft that are used “for training the applicant’s flight crews in experimental aircraft for subsequent operation of aircraft being flight tested in type certificate programs or for production flight testing”. 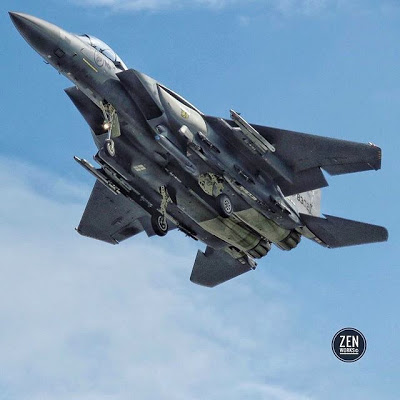 These eight F-15SGs on the FAA’s database were first registered in mid-2014 by Boeing. Deliveries of these aircraft began in early 2016, with the first aircraft seen in April at the Republic of Singapore Air Force’s training detachment at Mountain Home Air Force Base in Idaho.

It’s unknown why Boeing registered the military F-15SGs on the FAA’s civil aircraft database, with a source having suggested to Defense News that it may be due to the aircraft being acquired by Singapore under a Direct Commercial Sales contract with Boeing, although previous batches of Singapore’s F-15SGs and military aircraft for other countries acquired under similar contracts were not placed on the FAA register.

When asked, Boeing referred Defense News to Singapore’s Defence Ministry, which in turn declined to confirm if Singapore has taken delivery of the jets, citing operational security.

Singapore, which is very secretive regarding its military, has also not disclosed the number of F-15SGs it has acquired, although a count of the airframes seen so far would indicate that it has 40 aircraft if these latest eight are included.
The F-15SG is one of the most advanced F-15 models currently in service, being equipped with the Raytheon AN/APG-63(v)3 active electronically scanned array radar and Lockheed Martin’s Sniper targeting pod.
Singapore also flies 60 Lockheed Martin F-16C/D Block 52 fighters that are currently being upgraded with AESA radars and new mission computers, and is a partner in the Lockheed Martin F-35 Joint Strike Fighter Program, although it has not committed to any orders.
(DefenseNews)