US Scheduled to Deliver 2 ISR Aircraft in ‘Couple of Weeks’ 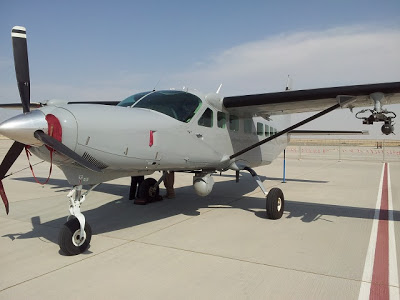 United States envoy to the Philippines Ambassador Sung Kim said the US government will be providing 2 aircraft the the Armed Forces of the Philippines (AFP) for intelligence, surveillance and reconnaissance (ISR) activities.

Ambassador Kim told Karen Davila in ANC’s Headstart July 18 edition that delivery will be “soon, in a couple of weeks.”

He said these aircraft are Cessna 208 which are fitted with “very useful ISR equipment”.

The US envoy noted that “everything we do is in essence under the Mutual Defense Treaty, this (US-PH alliance) is a strong alliance, we are partners, allies, and friends – and we help our friends and partners in time of need.”

“The Marawi situation is clearly a very difficult situation for the Philippines, so we’re going to do everything possible to support the AFP as it tries to secure the area,” he said.

He added that US will also help in rebuilding and rehabilitation of Marawi.

Cesna 208 aircraft for Philippines was first reported May 2016 when US government through its Defense Department has entered into couple of contracts that involve pseudo foreign military and foreign military sales to the Philippines. The contracts are with North American Surveillance System and L-3 Communications Corporation.

“North American Surveillance Systems, Titusville, Florida, has been awarded a $39,983,647 firm-fixed-price, undefinitized contract action. Contractor will provide modification and integration of intelligence, surveillance and reconnaissance capabilities into Cessna 208B aircraft, training, and field service representative support,” US Defense department said in a press release dated May 9, 2016.