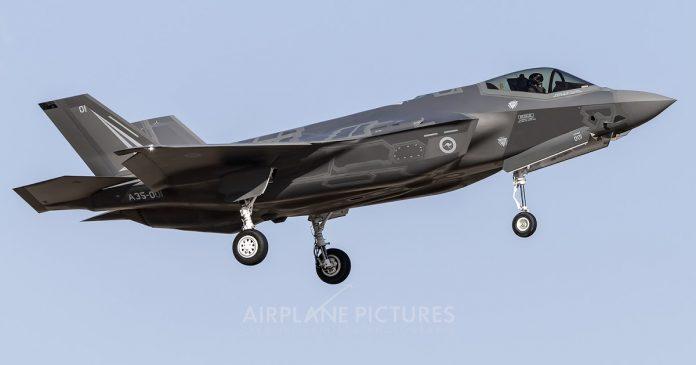 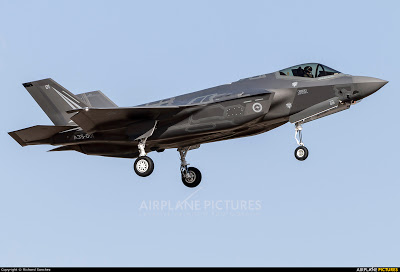 Air Force’s third Australian F-35A Lightning II Joint Strike Fighter (A35-003) is progressing along the production line in the United States (US).

The program’s milestone coincided with a visit by Australian Ambassador to the US Mr Joe Hockey, who toured the Lockheed Martin, Fort Worth facility where the F-35A Joint Strike Fighters are being assembled.

Meeting with Lockheed Martin representatives and Joint Strike Fighter Division’s US embedded staff, Mr Hockey was briefed on the achievements of the F-35 Program. He signed the bulkhead of the aircraft as it made its way down the assembly line at the Fort Worth facility.

Head Joint Strike Fighter, Air Vice-Marshal (AVM) Leigh Gordon said the A35-003 was the first of the next batch of eight Australian F-35s currently in production in Fort Worth to begin the “mate” process, where major components of the aircraft were joined together to form the aircraft structure. 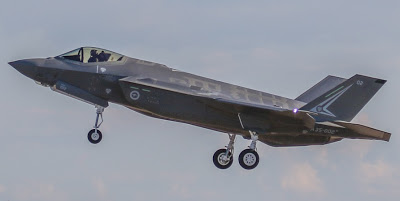 “The aircraft will then make its way down the assembly line and through its check flights in preparation for delivery in early 2018,” AVM Gordon said.

“Like its two RAAF F-35A stablemates, A35-003 will be delivered to Luke Air Force Base Arizona in early 2018, where it will be used for F-35 pilot and maintainer training until permanently re-locating to Australia in 2020,” AVM Gordon said.

AVM Gordon said as Australia was a strategic partner in the global F-35 Program it was delivering significant benefits to Australian industry.

“As with every F-35 being produced, A35-003 includes components made by Australian companies, with more than $800m in production contracts so far.”

“Australian industry will also be closely involved in sustaining the RAAF F-35As and providing through-life support services for the global fleet.”

Defence estimates industry involvement in F-35 production is expected to reach $2 billion by 2023.