U.S. to Sign MOU with Australia for MQ-4C Triton 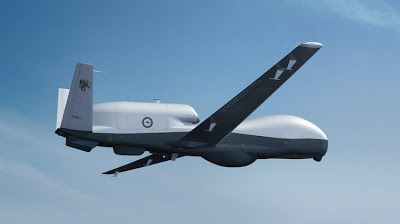 The United States intends to sign a memorandum of understanding with Australia in March so the country can purchase up to seven MQ-4C Triton unmanned systems to complement its P-8A Poseidon multimission maritime aircraft fleet, according to a selected acquisition report obtained by Inside Defense.

The document also says Germany plans to sign a letter of offer and acceptance in late 2018 for up to four Tritons to replace its Euro Hawk fleet.

The SAR reveals other foreign governments interested in Triton include Canada, Japan, Norway and the United Kingdom.

Triton is outfitted with a de-icing capability that works well for countries operating in cooler climates.

The SAR shows the Northrop Grumman-built MQ-4C’s average procurement unit cost of $171.7 million is below the initial development estimate of $177.3 million.

Inside the Navy recently reported the Navy’s plan to establish in August the first-ever Triton detachment outside the continental United States.

Both the U.S. Pacific Fleet and U.S. Fleet Forces Command chiefs asked the office of the chief of naval operations to allow the detachment to be based in Guam to support U.S. Pacific Command.