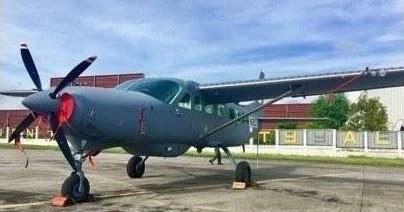 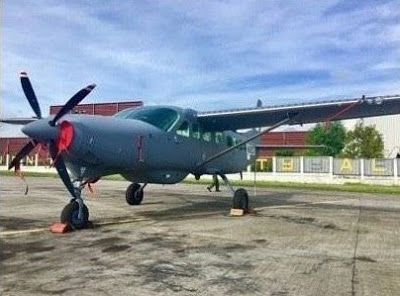 MANILA — Sufficient pilots and aircrews will be trained to ensure the constant operations of the two US-donated Cessna 208B “Caravan” intelligence, surveillance, and reconnaissance (ISR) aircraft.

This was confirmed by Armed Forces of the Philippines (AFP) spokesperson Brig. Gen. Restituto Padilla when asked if the military has enough pilots and mechanics for the new planes.

“We do have an initial set of aircrew and we will train more,” he added.

And when asked on the exact figures, Padilla said he has no exact figures for now but stressed that four aircrewmen are usually assigned per military aircraft.

The two “Caravan” aircraft were formally turned over to the Philippines last June 27. 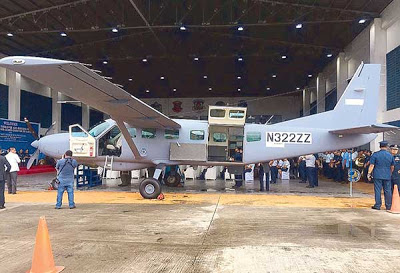 “Looking at the aircraft – and I’m sure that pretty soon these will be filled with sensors. I am overwhelmed at what can they do to support the Armed Forces’ operations on the ground, air and naval operations, as well as in humanitarian assistance and disaster response (HADR),” he added.

The defense chief pointed out that the planes can also survey Philippine maritime areas and support air operations by aiding in the direction and control of close-air support mission particularly on high mobile targets.

“Furthermore, it can also be utilized for identification of targets for air interdiction and battle damage assessment. in support to ground and naval operations, the Cessna 208B can act as forward observer for artillery and naval gun fire adjustments and tracking terrestrial and littoral movements of threat groups, especially in the southern tri-boundaries of Malaysia, Indonesia and the Philippines. at the same time,” Lorenzana pointed out. Aside from combat and security operations, he also foresees the Cessna 208Bs playing a valuable role in the various government departments involved in agriculture, fisheries, mining and forestry.

“I can almost see that in the future, these aircraft will be working for the different departments of the government. It will be useful for the agriculture department, the fisheries department, the DENR, to survey the mining areas and the forests, for the Bureau of Fish and Aquatic Resources,” Lorenzana pointed out.

The Cessna 208B has a cruising speed of around 170 knots and has a range of over 1,000 nautical miles and capable of transporting eight to nine persons, including the pilot.

Minus the ISR equipment and avionics, the aircraft is worth around USD2 million each.