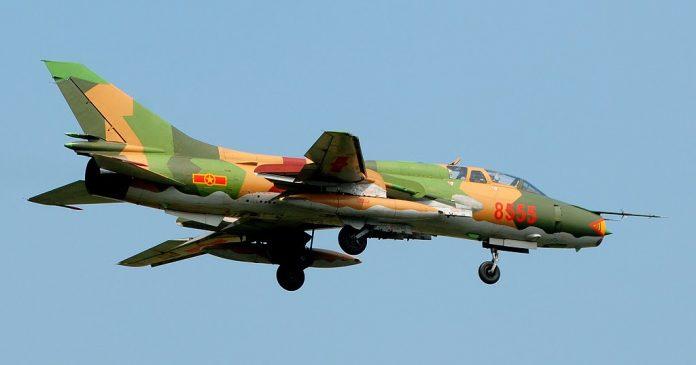 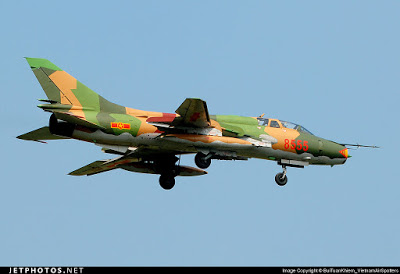 According to the Air Defense – Air Force newspaper, A32 Aviation Factory in recent years has successfully completed the task of repairing all kinds of jet fighters, testing, calibration and repair of measuring equipment available Fighting and training of the PK-KQ.

According to the latest information, the current plant not only guarantees the overhaul of the Su-27 fighter but also increases the effective use of the Su-22 fighter-bomber – ground attack aircraft. No. 1 of the current Vietnam National Day.

Specifically, the plant in the first half of 2017 tested flight Su-22M4 5866, Su-22UM3K aircraft No. 8511 for timely units for combat readiness and training; The Technical Council has checked and waited for the 5870 aircraft to be handed over.

In particular, the plant is performing major repairs, increasing the total to over 30 years of Su-22M4 5874 aircraft reached 60% of the plan, Su-22UM3K aircraft number 8514 reached 50% of the plan; Repair of equipment and spare parts for aviation reached 87% of the year plan …

Sukhoi JSC, Sukhoi JSC, Su-22M4 and Su-22M3/UM3K fighter aircrafts have an annual flying time of 2,000 hours, based on a 20-year number. Moved to Vietnam in the period 1970-1980, to date, most of the Su-22 fighter-bomber versions of various versions serving in the Vietnam National Park have almost reached the end of their life. Some Su-22M and UM aircraft have retired, with the rest being more modern versions of the Su-22UM3K and Su-22M4.

The Su-22 identifies the export version of the Su-17 fighter-bomber series served in the Soviet Air Force. Currently, in Southeast Asia, Vietnam is the only country to own the Su-22, and is also the only country equipped with airplanes with winged wings. The design of the wing allows the aircraft to fly low-speed at high speed or high-speed over the sound of the ceiling. When the wings spread out, the lift of the wings increased, allowing the aircraft to take off the short runway. 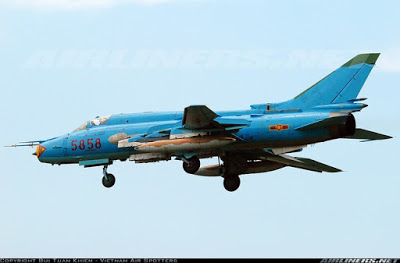 The Su-22M4 uses an AL-21F-3 engine similar to the Su-17M4. There is not much change in the shape between the two versions, differing mainly in the electronic system and the distinction between friends.

Compared to the previous generation, the Su-22M4 was equipped with the latest avionics technology at the time, enabling the deployment of some of the most sophisticated field-proven weapons such as Kh-25L and Kh-25ML air-to-ground missiles. , KAB-500Kr guided bomb.

The Su-22UM3K is a training version – two-seat combat developed on the basis of the Su-17UM3 domestic version. Basically, these two samples have the same function, only in the IFF system.

In addition to its pilot training role, the Su-22UM3K is capable of doing well with the Su-17 / 22M3 range of electronic weapons, enabling the deployment of intelligent weapons such as the Kh- 28, Kh-58; Kh-25, Kh-29L air-to-ground missiles and conventional bombs.

Both Su-22M4 and Su-22UM3K fighter-bomber versions are not equipped with radar, they only have a laser target system located at the tip of the nose. This system does not just measure laser distance and seeks targets identified by lasers such as the Fon system but also can project laser targets and guided missiles at distances of up to 10 km and inaccessibility errors.