Surveillance Aircraft from Japan expected to Arrive in 1Q of 2017 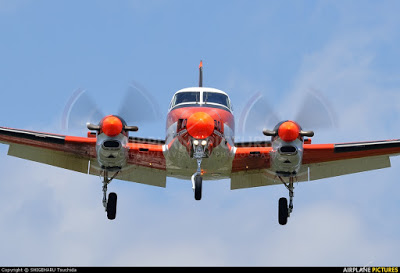 Two of the five TC-90 trainer jets leased from Japan are due to arrive in the first quarter of 2017, Defense Undersecretary Raymundo Elefante said on Thursday.

In a news conference, Elefante said the planes could be expected by March or April 2017 depending on the training of the Philippine Navy pilots who would start training in Japan in November.

Two Navy pilots will travel to Japan to receive free training from their counterparts.

“After the two will be another four siguro, kasi [they] will be the instructor pilots,” Elefante said.

Meanwhile, Elefante said the Navy planned to use the aircraft for maritime patrols, including the West Philippine Sea, aside from training pilots.

Asked if the TC-90 had surveillance capabilities, Elefante said the aircraft was “bare” as the Japan Maritime Self-Defense Force removed its equipment from the trainer jets.

The lease of the TC-90 training aircraft was among the agreements signed by the Philippines with Japan for its acquisition of patrol vessels and other equipment for the Philippine Coast Guard.

Elefante said all of the planes will be based at Sangley Point in Cavite, adding no delivery date is set yet for the remaining three.