Thailand has Ordered 28 VT4 Chinese Tank, the First Deliveries are Expected in September 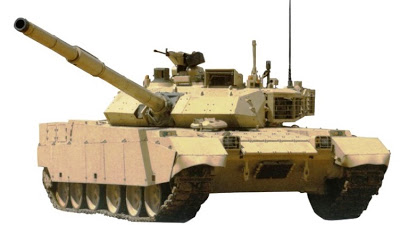 The article «More Details of VT4 MBT in Thailand», published in the September issue of the journal «Kanwa Asian Defence», reported with reference to the publication source in the defense industry of Thailand, Thailand and China in April 2016 signed a contract for the purchase of the party tanks VT4 production by NORINCO Group. The first batch will consist of 28 tanks, the first delivery was scheduled for September 2016. The price of one tank was $ 5.3 million (against 4.8 million for the Ukrainian MBT “Oplot-T”).

Earlier, the Thai army has purchased 49 BM Ukrainian tanks, “Oplot-T”, but only 10 tanks were received within three years from the manufacturer, which was caused by the fighting in the east of Ukraine, which affected the manufacturer. The publication became known that the batteries for the “Oplot” made in Lugansk, and their manufacturing plant was damaged in the fighting. In addition, the financial position of the engine manufacturer 6TD-2 is also not brilliant. These “bulwark” factors could affect the delivery schedule.

According to the publication, a source from the company “Ukrspetsexport”, all the difficulties with supplies were temporary and were gradually overcome, especially associated with the assembly of the tanks on the SE “Malyshev Plant. ” Therefore, Ukraine continues to fight for the Pakistani order against VT4. NORINCO, in turn, plans to hold a series of tests VT4 in Pakistan, in the desert, and dusty. 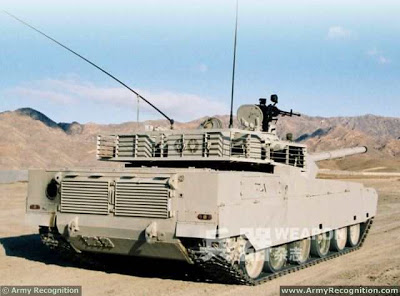 Thai authorities openly declared the cancellation of the contract with Ukraine. However, Kanwa opinion, the first batch of 28 tanks VT4 will serve as the replacement tank, not supplied by the Ukrainian side. Therefore, part of the funds originally intended for the “bulwark”, could be redistributed in favor of Chinese tanks. As long as the practice of exploiting VT4 in Pakistan show their bad characteristics or face the problems of delivery, “Oplot” prospects in Thailand did not look very optimistic.

According to the source, the first 28 VT4 will be used for pilot operation, if it proves successful, it will be followed by the purchase of the second batch. In addition, according to the source, Thailand wants to get technology VT4 and start their production in Thailand, but the list of interested technology was not called. It is possible that can be transferred to production technology and 125-mm tank ammunition. It remains unclear whether or not produced in Thailand and tracks for these tanks. Their release for the Thai company Chaiseri carries MVT2000. MVT2000 stand on the armies of Bangladesh, Myanmar and Morocco. The company also switched to Chinese shoe armored vehicles, are operated in the Thai army.

Kanwa it became known that on VT4 will be installed engine capacity 1300-1500 hp .. and number of tank technology used in the Chinese tank type of 99G. The tank 99G type installed diesel power of 1500 hp, and on VT4 power is likely to be reduced to 1300 hp.