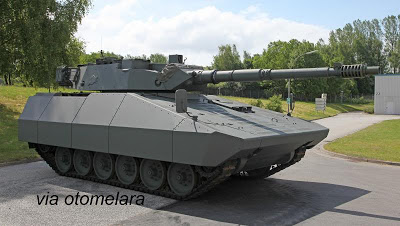 Rheinmetall’s comprehensive expertise here ranges from the development of new vehicles – like the new LYNX family unveiled at Eurosatory 2016 – to modernisation and combat improvement programmes.

At Indo Defence 2016, Rheinmetall is showcasing a demonstrator of a 105mm medium battle tank. The vehicle is based on the combat-proven MARDER 1 chassis already fielded by the Indonesian Army, equipped with a modern HITFACT II turret from Leonardo (ex-Oto Melara).

Rheinmetall is currently carrying out a combat performance upgrade of the LEOPARD 2 A4 main battle tank on behalf of the Indonesian Armed Forces. Depending on which of the two different versions of the tank – the LEOPARD 2A4+ or LEOPARD 2 RI (Republic of Indonesia) – the modernisation programme includes a climate control system (2A4+ and RI), improved ballistic protection, conversion from a hydraulic to an electric turret drive, an auxiliary power unit, and installation of a reversing camera (RI). In addition, Rheinmetall is also enhancing the 120mm smoothbore gun in the RI configuration with a programming kit that will enable it to fire Rheinmetall’s new programmable DM11 multipurpose round. 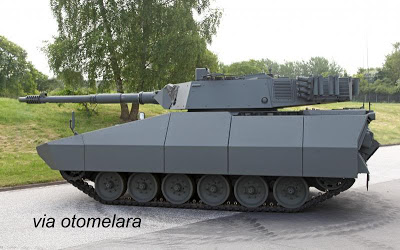 Furthermore on show in Jakarta is the new network-capable Rheinmetall Oerlikon REVOLVER Gun Mk 2, which features AHEAD technology with programmable airburst ammunition. Rheinmetall is also presenting its battle management system and X-TAR3D radar.

As mentioned above, Rheinmetall is showcasing a demonstrator of a 105mm medium battle tank based on a modified MARDER 1 chassis. While the demonstrator is equipped with the 105mm HITFACT I turret, the new MARDER Medium Tank RI (Republic of Indonesia) offered to the Indonesian Armed Forces (TNI) features a new Leonardo HITFACT II turret, with a 105mm/L52 gun as main armament. Both the MARDER 1 chassis and the HITFACT II turret are proven, previously fielded, well-supported subsystems. The new MARDER Medium Tank RI will be equipped with an electrically stabilised three-man turret which can fire any standard NATO 105mm round. The commander and gunner each have their own independent day and night sighting systems with laser rangefinders, providing a hunter/killer capability for the crew. The commander and gunner are both able to operate the main and secondary armament, which can be reloaded from the safety of the fighting compartment. Due to its high mobility the MARDER Medium Tank RI can be deployed together with the LEOPARD 2 main battle tank or in support of other armoured fighting vehicles. 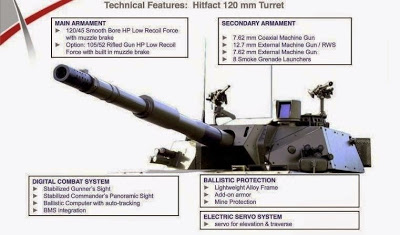 Thanks to its lighter weight, it provides the tactical versatility vital for dominating current and future battlefields and other scenarios, e.g. urban warfare. In 2012, the Ministry of Defence in Jakarta contracted with Rheinmetall to supply the Indonesian Army with tracked armoured vehicles, logistical support and ammunition. Besides 103 Leopard 2 MBTs, Rheinmetall is supplying Indonesia with 42 upgraded MARDER 1A3 infantry fighting vehicles, 11 armoured recovery and combat engineering vehicles, together with the accompanying documentation, training resources and logistical services. The order also encompasses an initial supply of practice and service ammunition.