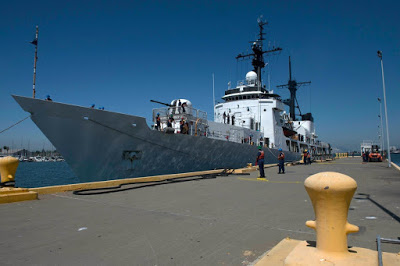 The Philippine Navy (PN)’s third Hamilton-class cutter, which is now known as the BRP Andres Bonifacio (FF-17), is tentatively scheduled to sail home bound on November 1. (American time). The ship and its Filipino crew is currently docked at the US Coast Guard Base in Alameda, California where they are undergoing on the various systems of the vessel.

This include damage control, gunnery training and emergency drills and evolution.

Lincuna said the ship is expected to be in the Philippines by second week of December.

“She will pass by Hawaii and Guam for refueling and provisioning (before heading to the Philippines),” he added.

She will be the third Hamilton class cutter in PN service after the BRP Gregorio Del Pilar (FF-15) and BRP Ramon Alcaraz (FF-16) which were acquired in 2011 and 2013, respectively.