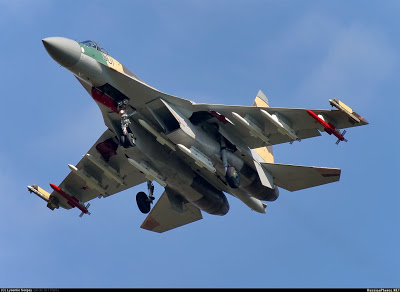 Indonesia is in talks to buy “nine or 10” Sukhoi Su-35 fighter jets from Russia, an Indonesian defense ministry official told Reuters on Tuesday, without giving a timeline for any deal.

“We are still negotiating,” Leonardi, head of the defense facilities at Indonesia’s defense ministry who goes by one name, said by telephone.

“We are still bargaining, ‘how much do you want to sell them for?’.”

Indonesian defense minister Ryamizard Ryacudu said in May the Southeast Asian country would buy eight Russian Sukhoi Su-35 jets this year, but the planned purchase has not materialized.

Rival Western companies are still trying to wrest the deal to supply Indonesia with fighter jets away from Russia’s Sukhoi, two people familiar with the talks said, asking not to be named because of the sensitivity of the matter.

The award has not been finalised and it is seen as a test for efforts by Indonesian President Joko Widodo to enforce more transparency in big-ticket deals, they said.

Hundreds of companies including Lockheed Martin of the United States, Sweden’s Saab and Indonesian state weapons maker PT Pindad will be represented at an Indo Defence exhibition, which will be held in Jakarta from Nov. 2 to Nov. 5.

While Indonesia is not part of the dispute over the South China Sea, it objects to China’s inclusion of waters around the Natuna Islands within its ‘nine-dash line’, a demarcation line used by China to show its claims there.

Indonesia’s total defense spending has risen 77 percent over the last four years to 108.7 trillion rupiah ($8.3 billion), though it is expected to dip to 108.0 trillion rupiah next year, according to official data.

Indonesia had signed a contract with Lockheed Martin for 24 F-16 jets, of which 14 had been delivered and 10 more expected by early 2018, the defense ministry’s Leonardi said. He declined to disclose the value of the deal.

Research firm IHS Markit predicts that Indonesia will spend more than $20 billion on procurement between 2016 and 2025 — the fifth fastest-growing defense budget in the world — and it will increasingly seek to diversify its suppliers.

South Korea, Russia and France are expected to hold a combined market share of 53 percent between 2009 and 2018, while the other half will be shared by about 30 countries, many with less than one percent, IHS said.

“This reflects Indonesia’s wariness about dependency of a supplier or a set of suppliers, as well as the intention to ‘shop around’ for the best defense deals, spurring competition,” said IHS analyst Jon Grevatt.