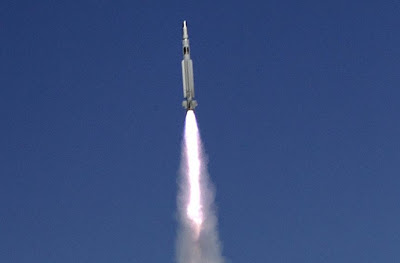 European missile house MBDA Missile Systems (Hall D, Stand 274) is closing in on a deal to supply its VL Mica shipborne point defence missile system for the Indonesian Navy’s two-ship SIGMA 10514 Perusak Kawal Rudal (PKR) frigate programme. The order would bring to seven the number of navies taking VL Mica into service, of which three would be in Southeast Asia.

VL Mica uses the existing Mica air-to-air missile, available with either active radar or imaging infrared seekers, fired in a lock-on-after- launch mode to provide protection out to a maximum range of 20km. The use of vertical launch, and the absence of dedicated target trackers, provides for a 360º engagement capability against multiple simultaneous targets. 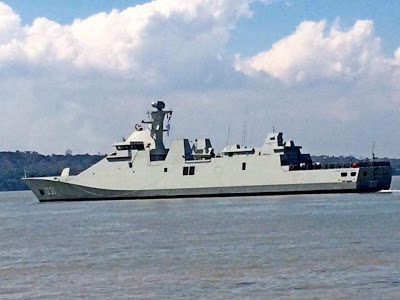 The full tactical VL Mica ammunition integrates a single missile all-up-round with a single-use autonomous firing and storage canister. The latter, 3.8m in length and weighing 368kg empty, is a sealed and pressurised dual-chamber enclosure designed with an integral ‘chimney’ duct so as to vent motor efflux upwards on launch.

Aside from the ammunition canisters themselves, the only other below-decks equipment is the sequencer cabinet (containing power supplies and processing electronics). This is an electronic interface unit that links the VL Mica missiles with the ship combat management system (CMS), receives inputs from the ship inertial system, and provides the link to the Ship Missile Data Link (SMDL). The SMDL comprises a below-decks transmitter with four small uplink antennas fitted around the masthead. 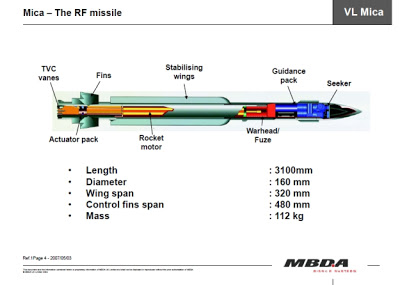 The two PKR frigates, being delivered by prime contractor Damen Schelde Naval Shipbuilding (DSNS) in partnership with PT PAL, have been designed with weight and space to receive 12 VL Mica canisters and associated ship equipment. While the ships are being delivered ‘fitted for but not with’ VL Mica, the Show Daily understands that MBDA and DSNS are now in contract negotiations for the provision of ship equipment for backfitting; the missile rounds themselves would be acquired directly by Indonesia from MBDA.

@username
44.1k Followers
Follow
Previous articleNew Klewang Sets to Deliver in Late 2017
Next articleLMS Purchased from China to be Built via Joint Venture