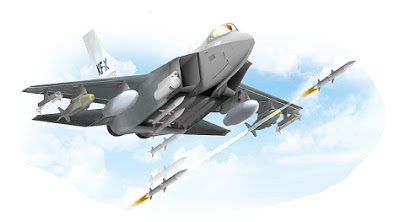 After the US denied South Korea export licenses for active electronically scanned array (AESA) radar for its future KFX fighter, Seoul is in talks with Washington over acquiring lower technologies for the jet.

In 2015, the US denied Korea’s request for AESA radar, infrared search and track, electro-optical target tracking devices, and jammer technology transfers. During a panel at the Center for Strategic and International Studies in Washington this week, Seoul’s minister of Defense Acquisition and Procurement Administration says Korea will pursue other US technologies while continuing domestic development of its own AESA. Korea’s Agency for Defense Development (ADD) is developing its own radar and the first prototype is slated for late 2020, FlightGlobal previously reported. The country’s defense technology is not yet on par with the US, though the country is making progress, DAPA Minister Myoung-jin Chang says.

When asked what specific US systems are needed for KFX, Chang responded that Korea will continue requests with other offset programmes.

“When it comes to KFX, there are additional technologies that we are awaiting approval from the US government and we are pushing for these to be approved and we look forward to your continued support,” Chang says.

Korea’s indigenous fighter programme is linked to the country’s order of 40 Lockheed Martin F-35As. As part of that deal, Lockheed agreed to assist with development of KFX. But among all the new jet’s capabilities, Korea most wanted the US to transfer the underlying AESA radar technology, which is considered essential to the success of KFX, according to Chang. Northrop Grumman supplies the APG-81 radar for the F-35.

“These are the technologies we cannot get from other sources and puts us in a very tough spot because the research centers in Korea are not able to proceed further without these needed technologies,” he says. “Given that we are focusing all our efforts to acquire these technologies, we have made satisfactory progress and as such the government is pushing for these continuously at this moment.”