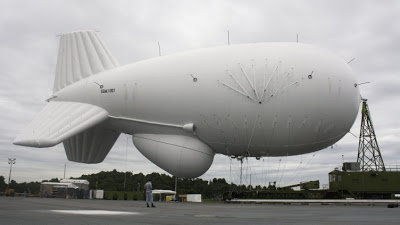 The 55 m aerostat will be deployed at the Choa Chu Kang Camp in the western part of Singapore, once it is operationalised. (photo : Jane’s)

The Singapore Armed Forces (SAF) has begun local tests of a 55 m tethered aerostat system that was acquired to enhance the republic’s continuous airborne radar coverage and maritime surveillance capabilities.

The system, which can detect aerial and seaborne threats at distances of up to 200 km, will be operated by the Republic of Singapore Air Force (RSAF) at the Choa Chu Kang Camp, which is located in the western part of the island.

The aerostat is operated by a ground crew of eight personnel, and has a maximum operating height of 2,000 ft (600 m). The setup comprises a helium-filled airframe, a tether cable made of Kevlar, a mooring station, a high-strength winch system, and a suite of unspecified sensors.

The system, which was originally planned for deployment in 2015, was unveiled in a media event on 29 November in conjunction with a visit by Singapore’s defence minister Ng Eng Hen to the aerostat’s intended deployment site.

Speaking to reporters on the sidelines of his visit, Ng described the aerostat as a system that has been acquired to overcome the country’s lack of suitable high points from which it can deploy suitable radars that can complement the SAF’s existing network of ground and aerial sensors.

“All of us recognise that Singapore is a very small island, and that alone makes us very vulnerable to threats either from the air or sea,” said Ng, who then cited the 2010 Mumbai terror attacks as an example of what can happen should seaborne adversaries not be detected in time.

“The very fact that we have [the aerostat system] adds another layer of defence, and confidence in terms of what we are able to detect with regards to aerial and maritime threats,” he added.

HARUS BACA :  Australia to Save 25% on JSF under New Trump Deal