Training Arrangement with Taiwan Dates Back to 1975 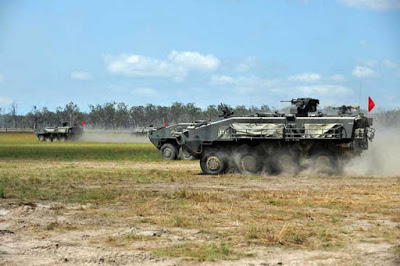 The Singapore Armed Forces (SAF) conducts overseas training not only in Taiwan but also in a dozen or so countries, including Australia, Brunei, Germany, India and the United States.

The training arrangement with Taiwan dates back to 1975 – following talks between then Prime Minister Lee Kuan Yew and then Premier Chiang Ching-kuo – when both sides reached an agreement to allow SAF units to train in Taiwan, given Singapore’s limited land and airspace.

Through a programme dubbed Starlight, SAF personnel are put through their paces in the south- western part of Taiwan every year. Unilateral drills include manoeuvre operations over vast distances and live-firing exercises.

When Singapore was going to establish formal diplomatic ties with China in 1990, Mr Lee had said that training in Taiwan would continue.

During a visit to Singapore in August that year, then Chinese Premier Li Peng said Beijing would not be “too disturbed” by the Republic’s continued use of military training facilities in Taiwan after the establishment of Sino-Singapore ties. Hong Kong customs officials have seized at least 9 Terrex armored military vehicles that were on board a cargo ship from Taiwan that was bound for Singapore. (photo : shanghaiist)

Mr Li had said at a news conference: “We sympathise with Singapore’s position and understand its need to build a strong defence force. On this matter, suitable arrangements will be made.”

Over the years, little has been mentioned about SAF personnel training in Taiwan. Some exceptions were when a Super Puma crashed in 1994 and when three SAF personnel were killed after a Taiwanese F5-F jet crashed into a camp storeroom they were in.

While the South China Morning Post and Taipei Times, quoting sources and analysts, said Singapore had turned down China’s offer to let the SAF train on Hainan island, Singapore’s Defence Ministry has not confirmed or denied the reports.

After she took office in May, Beijing said it had suspended official communications with Taipei. This was because Ms Tsai, in her inauguration speech, did not acknowledge the 1992 Consensus – a tacit agreement that there is only one China, with each side having its own interpretation of what it means.

HARUS BACA :  MPAC Mark III will be Delivered by the Third Quarter of 2017
@username
44.1k Followers
Follow
Previous articleIndonesia Edges Closer Towards Acquisition of Mi-26 Helicopters from Russia
Next articleS. Korea to Begin Preliminary Design Work for KFX in 2017