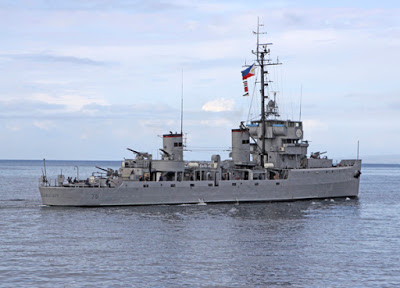 He made this statement during Friday’s welcoming ceremonies for BRP Andres Bonifacio (FF-17), the country’s third Hamilton-class cutter.

Deactivation of these senior vessels will allow the Navy sufficient personnel to man ships coming from the pipeline and thus ensure a more capable and credible naval force.