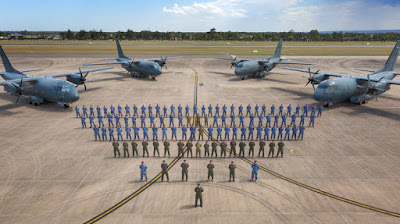 A fourth C-27J Spartan battlefield airlifter for 35 Squadron has arrived at RAAF Base Richmond, having completed its delivery transit from the US.

A34-005, which arrived on December 7, joins three other Spartans that the squadron will use to conduct operational test and evaluation, and currency training.

Meanwhile, the Royal Australian Air Force (RAAF) conducted aeromedical evacuation (AME) trials with the Spartan from December 6 to 8, which represented an opportunity to test existing AME techniques, procedures and equipment with the airlifter.

The third C-27J, A34-003, arrived at Richmond in October. The RAAF is set to receive 10 of the battlefield airlifters.