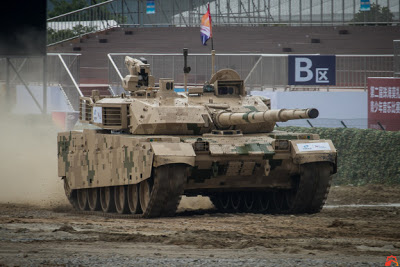 The cabinet has approved to buy 10 more VT-4 tanks from China (photo : ThaiMilitary)

The Thai cabinet on Tuesday approved the purchase of 10 Chinese tanks worth $58 million to replace an old U.S. model, a government spokesman said, the second of three planned purchases of 49 tanks from China.

“These tanks will replace the M41 tanks, which are small and old,” Sansern Kaewkamnerd told reporters.

In January, the cabinet also approved 13.5 billion baht ($380 million) to buy a submarine from China and is considering buying three more.

Elsewhere in Southeast Asia, Philippine President Rodrigo Duterte has boasted of his new friendship with China as he has talked down the relationship with the United States, despite a longstanding territorial dispute with Beijing.

A U.S. Navy aid unit has also been told to leave Cambodia, the U.S. embassy said, in a new sign of the country loosening links with Washington as it strengthens ties with Beijing.