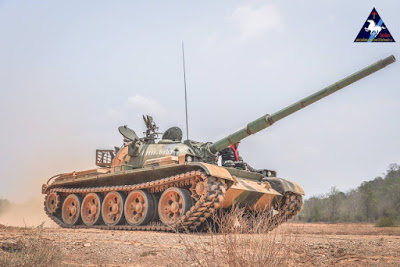 Training of the Special Cavalry Regiment of the Royal Thai Army Cavalry 2017, where the 22nd Cavalry Battalion Assumed to be a fictional enemy unit (modeled on a hostile armament in terms of form, weapon, rate, and language).

The 30 Type 69-II battle main tank has been introduced. The 4-5 cars are the NORINCO version of the People’s Republic of China which the manufacturer has modified with the 105 mm NATO tank cannons (formerly 100mm). 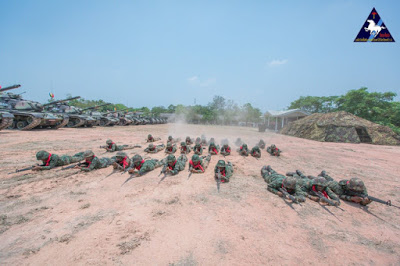 The Army still has a number of Type 69-II main types of tanks, which confirm the fact that the condition of the vehicle is still available. But the Army chose not to overhaul most cars and to disband. Due to the high cost of operation overhead,

The Type 69-II is a Chinese tank, purchased in 1987 at a special price to cope with the threat of eastern Thailand at that time (including other secret operations).

China can not backed spare parts, causing maintenance problems in the long run. Until then, China has decommissioned this car. The Royal Thai Army is required to dispose of most of the vehicles as appropriate. 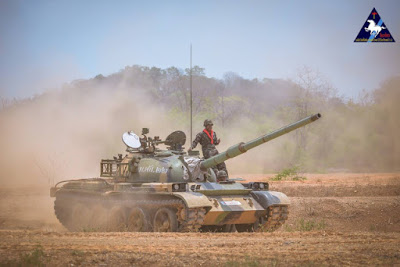 There will be an ASEAN military using older Chinese tanks, such as the Type 59M, the upgraded Burmese 105mm, and reinforced with ERA explosive armor.

In this case, it is understood that in Thai Cavalry will continue to maintain 30 Type 69-IIs for future military education and conservation in the future at the Military Museum.