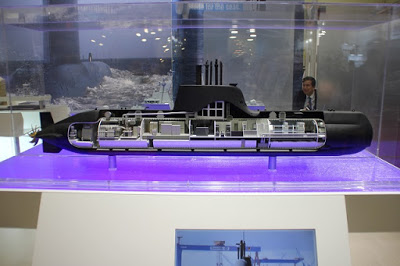 Talking to Navy Recognition, an STM representative explained that the LOI calls for cooperation between the two companies on a potential contract to built three submarines for the Indonesia Navy (TNI AL). The first submarine would be built in Turkey and two more in Indonesia.

The design being offered is based on the future Turkish-configuration Type 214 diesel-electric submarine (SSK) currently being built by Gölcük Naval Shipyard in Kocaeli for the Turkish Navy (six Type 214TN submarines have been ordered).

As part of the agreement, STM would act as prime contractor if Indonesia was to select the Type 214 design. Other companies such as DSME from South Korea and DCNS from France are also proposing their design to Indonesia.