Researchers of Hanwha Systems check the first prototype of an active electronically scanned array (AESA) radar system during a media event at the defense company’s research center in Yongin, Gyeonggi Province, Thursday. Once developed, AESA radar will be installed in Korea-developed fighter jets scheduled to be completed by 2026. (photos : Yonhap, KJClub, Chosun)

The first prototype, comprised of an antenna and power supply, has been produced to verify whether or not the nation is able to go forward with the development of active electronically scanned array (AESA) radar with domestic technology, according to the Agency for Defense Development (ADD).

The development of AESA radar is part of the 8.5 trillion won ($7.5 billion) KF-X project to build 4.5-generation indigenous fighters by 2026 to replace the Air Force’s aging fleet of F-4s and F-5s. The government will invest an additional 10 trillion won ($8.8 billion) to produce 120 aircraft by 2032.

The ADD is supervising the development of the radar, essential equipment that helps a pilot identify friend or foe in battle and finds targets on the ground. 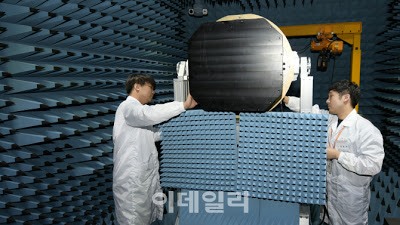 The company showed the prototype to journalists at its research center in Yongin, Gyeonggi Province, during which it gave a demonstration of a transmitting electric wave.

“Based on the first prototype, we will continue to work to develop the final version the KF-X will be equipped with,” said an ADD official, asking not to be named.

The official noted that a committee meeting was held June 28 and 29 to check whether to proceed with domestic development.

“The committee members concluded that the nation can consistently proceed with development,” he said.

The ADD plans to send the first prototype to Israel’s Elta Systems, which signed a deal on technical assistance, for ground and air trials in September. 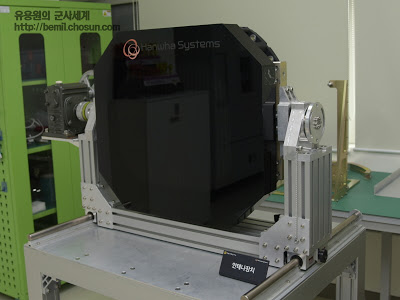 The official added that the agency, together with the defense arm of Hanwha Group, is also developing software for the radar system.

The Defense Acquisition Program Administration (DAPA), which is overseeing the KF-X project, earlier noted that once the AESA radar is developed, it will be integrated with the KF-X in cooperation with Korea Aerospace Industries (KAI), the nation’s sole aircraft manufacturer that signed the KF-X contract with DAPA.

Following that hitch, DAPA said it would develop the technologies domestically.

But some critics still express skepticism about the feasibility of domestic development.