Ukroboronprom: Contract with Thailand for Supply of Oplot Tanks will be Executed in Full 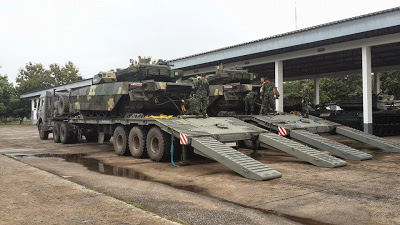 Ukraine will fully execute the contract signed in 2011 for the supply to Thailand of new Oplot-T tracked armored vehicles manufactured at Malyshev Plant (Kharkiv), Ukroboronprom state concern has stated.

“It (the contract) will be executed in accordance with all the agreements provided. The executor of this order and the manufacturer of Oplot tanks is Malyshev plant, which is part of the concern,” a press release from the state concern reads.

Ukroboronprom Director General Roman Romanov stated the state concern also has enough production capacity to fulfill the order for the deliveries of Oplot armored vehicles to the Armed Forces of Ukraine.

“Ukroboronprom is able to produce the best Oplot tanks for the Armed Forces of Ukraine, the mass production of these vehicles is well established,” he said.