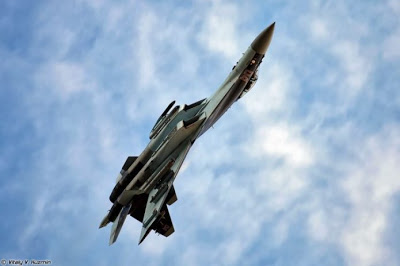 State corporation Rostec and the Indonesia Trading Company state-owned enterprises concluded a memorandum of cooperation providing for interaction of the parties for the implementation of the counter trade program under the contract for the supply of Su-35 multirole fighters to Indonesia, the state corporation said.

“As part of supporting the export of goods produced in Indonesia, Rostec is committed to ensuring the implementation of an appropriate counter-trade program within the framework of contractual obligations. At the same time, the Russian side retains the right to choose goods and trade partner producers in Indonesia, “the report said.

According to the state corporation, the agreement provides for the expansion of supplies of the most promising Indonesian goods to Russia. At the same time, the list of products will be agreed by the members of the working group, which the parties created to implement the agreement.

Russia within the contract undertakes obligations under Indonesian law to provide a barter deal for the supply of Su-35.