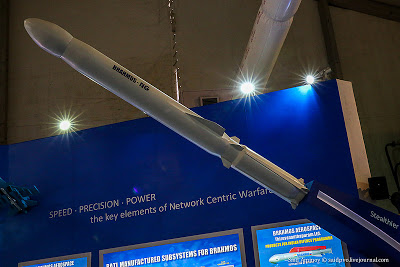 Air-launched version of BrahMos missile to be tested in February

Speaking to The Hindu after inaugurating a science exhibition at Aurobindo International School here on Saturday, Mr. Thangadurai said that the design and development of the air-launched version of the missile from the SU-30 MKI fighter of the Indian Air Force had almost been completed

Hindustan Aeronautics Ltd (HAL) had carried out modification of the fighter aircraft to carry the BrahMos supersonic cruise missile. Work had been taken up with the Sukhoi design bureau, HAL and the IAF for interface requirements and installation of BrahMos on Su-30 MKI fighter. The final stage preparation and fine-tuning of the air launch weapon system was in progress, he said. Stating that the launcher modification had already been completed, Mr. Thangadurai said that dummy trial with instrumented drop from the SU-30 aircraft was carried out at Pokhran in Rajasthan a few weeks ago. The performance and the results were successful and highly encouraging. However, two more dummy drop trials would be carried out before launching the actual test. The dummy trials would be conducted in the weeks to come, Mr. Thangadurai said.

He added that the Centre had given clearance for identifying markets for the missiles. Chile and Indonesia had shown interest. Modalities were being worked out for marketing the missiles, he said.