Russia will Modernize An-2 of Vietnam 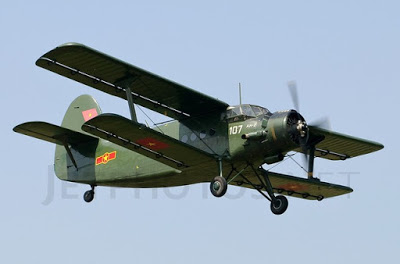 Vietnam is negotiating with the Siberian Research Institute of Aviation (SibNIA) to modernize the fleet of transport aircraft AN-2, comes to this country during the Soviet period. Aircraft will have new engines, trim and avionics that will transform the veterans of the Vietnam War in a completely modern machines.

According to “Izvestia” in SibNIA, the exact timing of the start of work on the modernization of the Vietnamese “ANTONOV” is unknown, because the negotiations with Hanoi has not yet been completed, but we are talking about a very large party of several dozen cars.

Vietnamese representatives, who arrived on the 75th anniversary of the Institute, expressed interest in cooperation on the modernization of the armament of their national Air Force AN-2, the park reaches 40 vehicles  –  told “Izvestia” CFO SibNIA Igor Shubin. –  After that, they sent our respective business proposition. Now we consider the possibility to upgrade part of the aircraft on the Russian powers, in parallel to train the technical staff of the customer, and then deliver the units sets in Vietnam. According to the SibNIA, the aircraft will be modernized, including by replacing part of the aluminum cladding on the lighter composite, as well as the installation place of the old piston engine more powerful and compact turbo-prop. Miniature new engine has allowed designers to hide it in a more streamlined nose of that improve the aerodynamics of the aircraft.

After all the improvements aircraft can fly at twice the distance than the old AN-2 –  up to 3,000 km on one tank, as well as to develop more speed and take off from a shorter runway. At the same time the legendary “corncob” will be even more low-maintenance and low-cost operation.